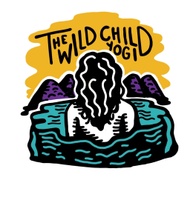 From a little girl, yoga has touched my life, shaping me into the strong and vibrant woman that I am today.

As a child, my mother and I spent the summer months living in a small home, on top a summit that neighbors Ohiopyle, PA, in the beautiful Laurel Highlands. I was lucky enough to spend my days rafting, hiking, swimming, biking, kayaking, and playing in the woods. Once I was about eight years old my mother found out that not only had yoga come to Ohiopyle, but it was moving from a friends store to the Community Center for an all levels 90 minute class every Tuesday and Thursday evening. Eager to check it out but unwilling to leave me home alone, I was drug along with a book to keep me occupied. My mother approached the instructor, Yogi Wade, and asked if I was allowed to quietly sit and wait for her to finish practicing. What happened next was so small and simple, but had an unknowingly huge impact on my life. Wade, operating under the true belief that yoga is for everyone,  welcomed me to join the practice. I practiced for about 15 minutes, wore myself out, then proceeded to lay on the mat and take a nap for the last 75 minutes of class. These Tuesday and Thursday classes quickly became a ritual as I built up to a longer practice (finally participating for all 90 minutes). My mother and I would diversify each practice by going for a run on the Great Allegheny Passage before, swimming in the Youghiogheny after, or continuing the fun with Wade, his now wife Diane, and the majority of participants in the class at Falls City Pub.

As I grew older, yoga always had a presence in my life; from 12 years old, when I first felt the pressures to fit into the unrealistic mold of how a woman's body should look, and began practicing to "stay fit". From 14 years old, when I joined my high school cross country team, discovering my passion for running, and incorporating yoga into my warm ups and cool downs. From 18 years old, when I studied holistic healing in massage therapy school and led my first class as an alternative to giving an oral presentation on the many different types of yoga. To 20 years old, when the bad habit of pushing my body further than it could go collided with depression and the side effects that exacerbate it.

For me, depression is sly and fickle. When I was in the thick of it, I could never put my finger on what I was feeling or what was happening to me. Every time I thought I defined the word depression it would sneak up on me in a different disguise, telling me that everything was okay and what I was feeling was normal. Things I once loved became things I dreaded and ultimately felt guilty for bailing on. Running and yoga became activities I couldn't find the emotional energy to motivate for and were quickly replaced with drinking and sitting on the couch. I did not like, nor recognize, the person I was becoming, but had no idea how to halt the downward spiral. I was swimming in the bad habits of my past, reacting to situations as I had in my childhood, not realizing that, as an adult in control of her own actions, I had the power to change everything simply by making the next right decision.

As ones body normally does, mine started sending warning signals that it could not keep up with the compiling list of bad habits and stressors. After ignoring my body longer than I should have, I ended up in the hospital with gallstones, three months before my 23rd birthday. Although it was recommended that I get my gallbladder removed, it was not infected and I was in no immediate danger, as long as I changed my lifestyle. I cleaned up my diet, stopped drinking and started taking supplements specifically for woman.

The first thing I noticed when I stopped drinking was how much time I had on my hands. It wasn't long before I found myself bored out of my mind on a Tuesday evening and decided to do something I hadn't done in over a year; attend Yogi Wade's class in Ohiopyle. I was out of shape, inflexible and had no endurance. I knew that I would have to approach the class as I had at eight years old, with an open and judgment free mind. For the first time in over a decade, I had zero expectations. I took breaks when I needed them, I stopped when it hurt, I didn't go further than my body allowed and (for the first time ever) I began to focus on my breath. The first time I maintained focus on my breath for the majority of the 90 minute class I walked out feeling higher than I had ever been. I remember thinking "This is a great feeling! I can't believe it has taken me this long to figure out that THIS is what yoga is about, not the ability to twist yourself into a pretzel." In that moment I decided I would do what I needed to, to become a yoga instructor, to help other people experience the best high ever and find their breath, hopefully in less time than it took me. And so, in less than a year, I traveled to the Blue Spirit Retreat Center in Costa Rica with Amazing Yoga to become certified in teaching yoga.

If you attend one of my classes, you'll notice that my story plays a huge role in the way I teach. While I love power yoga and giving everyone the opportunity to push themselves, understand that every body is different and we all need rest sometimes. I like to take things step by step, continuously stopping to remind practitioners that they can always return to the last comfortable pose if they've gone too far. I'll also recommend variations to poses we see frequently throughout class to either add or lessen intensity, truly making it your OWN practice. To quote the man who has given life and light to my practice and career, "I'm merely here to give suggestions, what you do on your mat is entirely up to you." - Yogi Wade